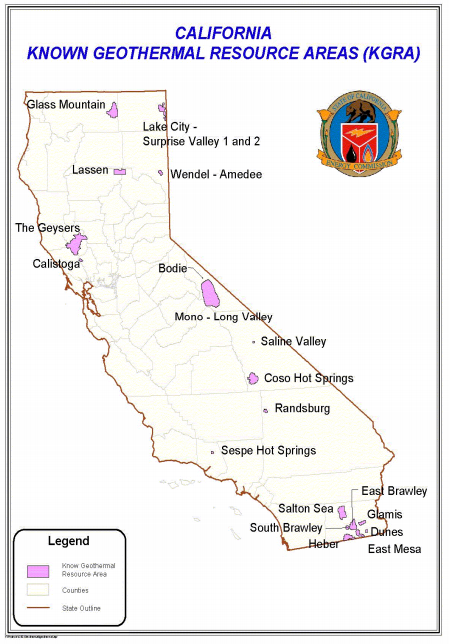 In 2007, geothermal energy in our state produced 13,000 gigawatt-hours of electricity. Combined with another 440 GWh of imported geothermal electricity, then geothermal energy produced 4.5 percent of the state's total system power. A total of 43 operating geothermal power plants with an installed capacity of nearly 1,800 megawatts are in California, about two-thirds of the total United States' geothermal generation.

The largest concentration of geothermal plants is located north of San Francisco in the Geysers Geothermal Resource Area in Lake and Sonoma Counties. This location has been producing electricity since the 1960s. It uses dry steam; one of only two places in the world for this resource (the other being in Larderello, Italy).