Dear EarthTalk: What are “catch shares” as a strategy for rescuing fish populations that are on the brink?—Peter Parmalee, New Orleans

The term “Catch shares”—also called Limited Access Privilege Programs (LAPPs)—refers to a fisheries management technique whereby individual fishermen, cooperatives or fishing communities are guaranteed a certain percentage of the overall “Total Allowable Catch” (TAC) for a certain fish species (or “fish stock”) in a given area. Catch shares are typically implemented to protect established fishermen’s livelihoods during efforts to scale back commercial harvesting of overfished species. 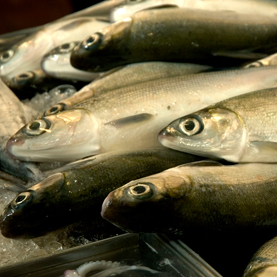 NET GAIN: First used in Australia, New Zealand, and Iceland in the 1970s, "catch shares" programs, which protect established fishermen's livelihoods during efforts to scale back commercial harvesting of overfished species, are now a fixture in fisheries management around the world, including in the U.S.

“Fishermen are usually allowed to buy and sell shares in order to maximize their profit,” reports the Environmental Defense Fund (EDF), a leading green group that has worked extensively with fishermen and the six regional fishery management councils on aligning business and conservation goals. “This helps drive the fishery to an efficient level and rewards innovative fishermen who can lower costs and deliver a quality product that will fetch a good price on the market.” Also, EDF points out that under a catch shares system, fishermen have a real investment in sustainability: If the population of the species goes up in subsequent years, the amount of fish guaranteed to each fisherman increases accordingly.

“With a secure share of the catch…incentives change from spurring fishermen to capture the most fish they can, to spurring them to maximize the value of their share instead,” reports EDF. By eliminating this race-to-the-finish mentality, fishermen can more effectively plan their trips, deliver fish according to market demands and stay ashore when conditions are unsafe. They can also fish more carefully, deploy their gear more selectively and take greater pains to avoid fishing in sensitive habitats.

“Fishing more carefully also leads to less gear lost at sea that has become known as ‘ghost gear’ because it often continues to kill fish and other marine creatures,” reports EDF. “In the Alaska halibut fishery, ghost gear was reduced more than 80 percent after catch shares were implemented.”

Another benefit of catch shares is reduced “bycatch”—non-targeted fish, dolphins, turtles and other marine species that get unintentionally caught in fishing nets and gear and which are subsequently discarded dead or dying back into the ocean. “Under catch shares, fishermen can take their time to improve their fishing methods, particularly targeting high-value species and minimizing interaction with species that are restricted or have lower limits,” says EDF. “In catch share fisheries, wasteful discards plummeted from pre-catch-share rates, down an average of about 40 percent.”

First used in Australia, New Zealand and Iceland in the 1970s, catch shares are now a fixture in fisheries management around the world, including in the United States. According to the National Oceanic and Atmospheric Administration (NOAA), the first U.S. Catch Share program was implemented in 1990 in the Mid-Atlantic Surf Clam and Ocean Quahog Fishery, but now over a dozen are in effect across the country and several more are under consideration. As of 2010 the NOAA has been actively promoting the implementation of new LAPP programs in U.S. waters and lends expertise on design, management, and monitoring of catch shares under each of the nation’s six regional fisheries management councils.