MUMBAI: As 13 states struggle with drought, scientists in a corner of India have devised a way to make potable water - 6.3 million litre of it every day - from sea water.  They have also developed certain filtration methods that ensure groundwater containing arsenic and uranium are safe to drink.

The pilot plant at Tamil Nadu's Kalpakkam, built by scientists of Bhabha Atomic Research Centre use waste steam from a nuclear reactor to purify the seawater. Its capacity is 6.3 million litre every day.  Currently, the fresh water is being used at the Kudankulam nuclear reactor. But this reporter tasted the purified water - it tasted like fresh water, not saline at all. 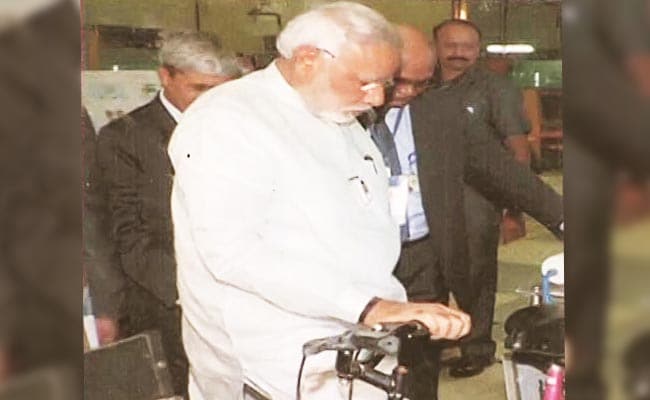 Prime Minister Narendra Modi, during his visit to the centre, examines the cycle fitted with a water purifier.

"Besides, BARC has developed several membranes, by which, at a very small cost, groundwater contaminated by uranium or arsenic can be purified and make fit for drinking," Dr Vyas added.  On his recent visit to BARC, Prime Minister Narendra Modi had pedalled a bicycle that had a water purifier installed on it. It turns dirty contaminated water into potable water. Turning the pedals produces the energy the purifier needs.

The nuclear scientists have also made several household water purifiers that are being marketed all over drought-hit Marathwada. Some these use thin membranes and special filters to separate the contaminants.