One Third of Food Lost, Wasted – Enough to Feed All Hungry People

ROME, Nov 28, 2017 (IPS) - Believe it or not, the way to eradicate hunger from the face of the Earth is as feasible as it is handy. In fact, the current loss and waste of one-third of all food produced for human consumption would be just enough to feed the nearly one billion people who go to bed hungry every single night.

Here, the figures are self-explanatory: as much as 1.3 billion tons per year of food is lost or wasted throughout the supply chain, from initial agricultural production down to final household consumption, according to the UN.

Moreover, it is not just about losing or wasting food—it also implies a waste of resources used in production such as land, water, energy and inputs, increasing the greenhouse gas emissions.

“Up to one third of all food is spoiled or squandered before it is consumed by people. It is an excess in an age where almost a billion people go hungry,” adds the UN Food and Agriculture Organization (FAO).

But… What Is Food Loss and Food Waste?

Food loss and food waste refer to the decrease of food in subsequent stages of the food supply chain intended for human consumption. Food is lost or wasted throughout the supply chain, from initial production down to final household consumption, explains FAO.

The decrease may be accidental or intentional, it adds, but ultimately leads to less food available for all. Food that gets spilled or spoilt before it reaches its final product or retail stage is called food loss, it adds. This may be due to problems in harvesting, storage, packing, transport, infrastructure or market /price mechanisms, as well as institutional and legal frameworks.

Harvested bananas that fall off a truck, for instance, are considered food loss, according to FAO. Food that is fit for human consumption but is not consumed because it is or left to spoil or discarded by retailers or consumers is called food waste.

This may be because of rigid or misunderstood date marking rules, improper storage, buying or cooking practices. A carton of brown-spotted bananas thrown away by a shop, for instance, is considered food waste, says the UN agency.

Where Is Food Lost and Wasted?

In the case of the European Union member countries, for instance, recent estimates of European food waste levels (FUSIONS, 2016) reveal that 70 percent of the European bloc of 27 states, food waste arises in the household, food service and retail sectors, with production and processing sectors contributing the remaining 30 percent.

Such high rates led the EU member states to commit to meeting the Sustainable Development Goals (SDG), adopted in September 2015, including a target to halve per capita food waste at the retail and consumer level by 2030, and reduce food losses along the food production and supply chains.

Meanwhile, in the United States, food waste is estimated at between 30-40 percent of the food supply.

This estimate, based on estimates from USDA’s Economic Research Service of 31 percent food loss at the retail and consumer levels, according to the Office of the Chief Economist, United States Department of Agriculture.

This amount of waste, adds the Office of the Chief Economist in US, has far-reaching impacts on food security, resource conservation and climate change:

Wholesome food that could have helped feed families in need is sent to landfills.

The land, water, labor, energy and other inputs used in producing, processing, transporting, preparing, storing, and disposing of discarded food are pulled away from uses that may have been more beneficial to society – and generate impacts on the environment that may endanger the long-run health of the planet.

Food waste, which is the single largest component going into municipal landfills, quickly generates methane, helping to make landfills the third largest source of methane in the United States.

On September 16, 2015, the first-ever national food loss and waste goal in the United States was launched, calling for a 50-percent reduction by 2030.

Back to the global level, the UN specialised agency reminds that hunger is still one of the most urgent development challenges, yet the world is producing more than enough food.

The FAO-led SAVE FOOD: Global Initiative on Food Loss and Waste Reduction is partnering with international organisations, the private sector and civil society to enable food systems to reduce food loss and waste in both the developing and the industrialised world.

Governments, research institutions, producers, distributors, retailers and consumers all have different ideas about the problem – the solutions – and the ability to change. What are they waiting for? 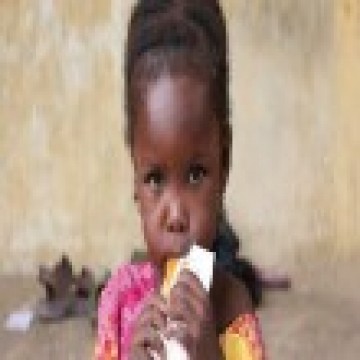