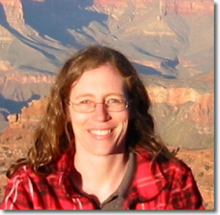 Masada co-founded SanDiego350 and serves on SD350's Steering Committee and Public Policy Team.  She has over 20 years of experience in activism and campaign management. She also served as co-chair of Sierra Club San Diego's Climate Change Committee in 2011-2014, and was Sierra Club Volunteer of the Year in 2012.  She has been instrumental in local coordination of state ballot propositions, including the "No on 23" (2010) and "Yes on 2" (2008) efforts, as well as in organizing several of the biggest climate demonstrations in San Diego, including the People's Climate March which brought roughly 1,500 people together in San Diego in Sept 2014.  She has been active in the campaign calling on California public pension funds to divest funds from fossil fuel holdings.


Subject Matter Presentation
Divestment: The reduction of some kind of asset for financial, ethical, or poli…