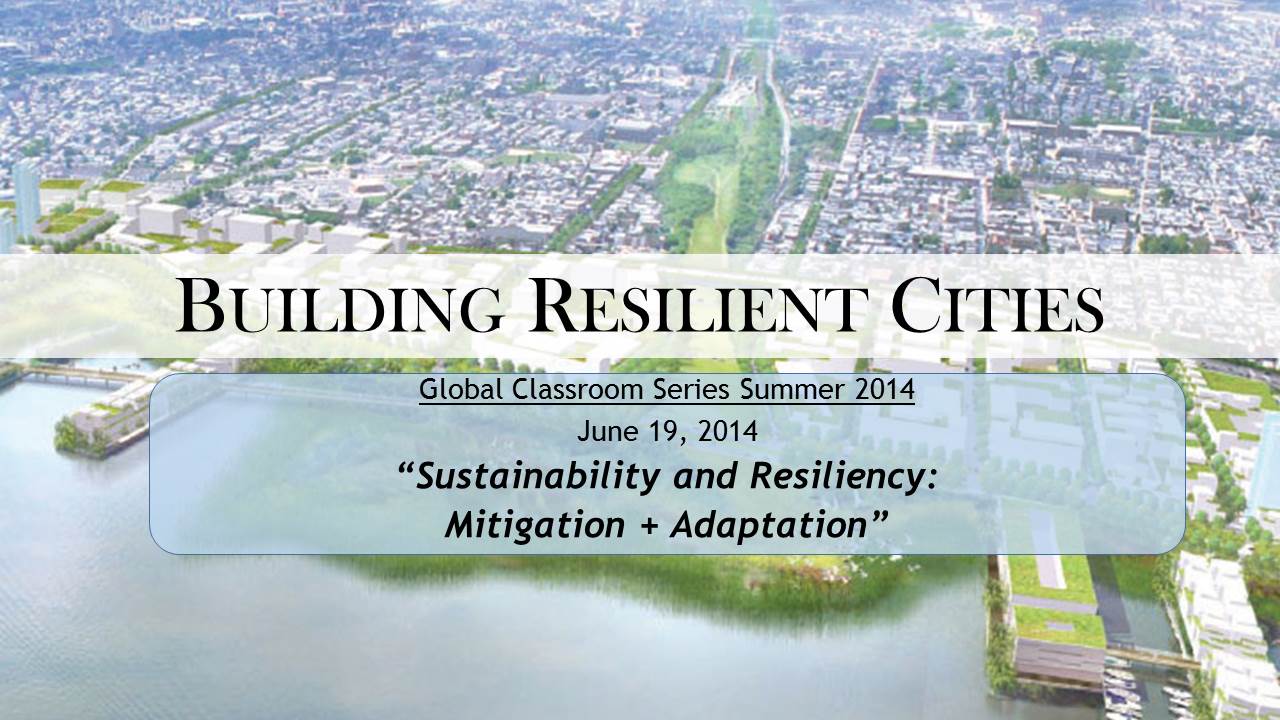 For the past decade, the concept of “sustainability” has dominated discussion within environmental, economic, and political spheres around the world. Sustainability is defined in many ways, yet all incorporate the notion of considering the effects of one’s actions and behaviors on future generations. A crucial component of sustainability in regards to climate change is the idea of mitigation: mitigating, or lessening, the severity of climate change by reducing greenhouse gas emissions and human impact on climate. We need to shift our attention toward adapting to the consequences of climate change in addition to mitigating the causes.

The term “resilience” has emerged from increasing urgency for strategies to resist the impacts of climate change. Resilience describes the ability to quickly respond to disturbances and return to business-as-usual. In contrast to the concept of “sustainability,” resilience focuses on bouncing back from shocks, while sustainability focuses on preventing the shocks. Adaptation, a key component to resilience, is our ability to adjust to impacts while maintaining a healthy lifestyle. How do we live in a world with frequent wildfires? higher sea levels? Adaptation builds resilience as it calls to incorporate climate change in our way of life.

San Diego’s size and population make it an ideal candidate for leadership on global climate change. San Diego has already displayed the commitment to enhancing its climate resiliency by applying to the Rockefeller Foundation’s “100 Resilient Cities” campaign and working alongside ICLEI to produce the “San Diego Bay Sea Level Rise Adaptation Strategy.” When considering our community’s history of budget deficits, wildfires, and droughts, the reverberations that sea level rise and other consequences of climate change pose for San Diego are too costly to ignore. The county’s aging infrastructure, lack of reliable water sources, and rapidly growing population are threats to the health of the region and its inhabitants. San Diego’s current growth rates will challenge city planners to maintain sustainable energy production and augment its waste and transportation sectors. San Diego needs to develop and implement a consistent, measurable model for resiliency.