PARIS '  By the middle of this century, two-thirds of the world's population will live in cities, posing a major environmental challenge. But a new report shows how developing "green" cities can generate growth and lead to a more sustainable planet.

About half the world's population lives in or near cities. These urban centers also generate about two-thirds of our greenhouse gas emissions. So it may seem alarming to hear the planet's urban population will likely more than double by the end of the century.

But a new study published by the Paris-based Organization for Economic Cooperation and Development suggests "greening" cities, by increasing their environmental performance, can also be good for the economy.

"When it comes to environmental challenges - and in particular climate change, which is a global challenge - there is a tremendous amount that cities can do. And we are increasingly seeing cities taking action," he said.

The new study largely focuses on strategies that have already proven successful, like building ecological districts, imposing congestion charges on vehicles, and creating green-building industries in Western cities like Paris, Stockholm and Chicago. But the next phase of the OECD's research will target cities in emerging Asian economies.

But there are some common messages for cities around the world - for example, the importance of tailoring policies and financing mechanisms that favor green technology, prioritizing mass transit and developing inner cities instead of contributing to urban sprawl.

The overall message: cities are our future, so "green" cities will be key in making it sustainable. 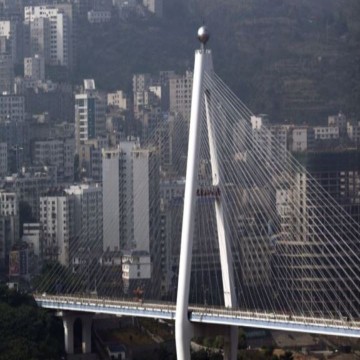