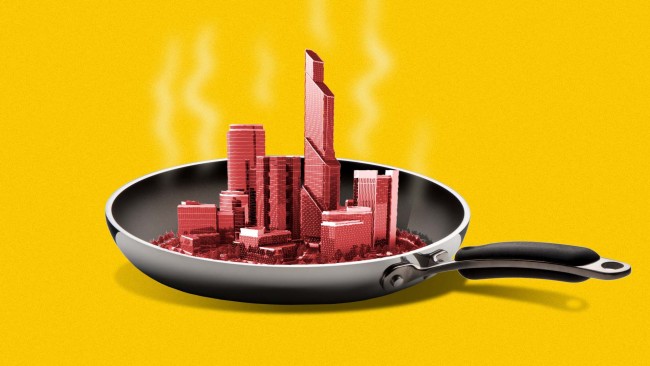 Most U.S. cities are at risk of experiencing extreme heat thanks to the "urban heat island effect" that's causing cities to warm as much as 50% faster than the rest of the country.

Why it matters: July was the hottest month ever recorded globally, and it was especially brutal for major metros.

"The extreme heat we’re seeing right now is the result of both climate change and urban development patterns. Cities have to think about the long-term implications of the changing environment."

City planners and developers are rethinking urban design to keep buildings and people cool as temperatures rise, according to a new report by the Urban Land Institute first shared with Axios.

By the numbers: On average, cities are 2°F to 6°F warmer than their surroundings. Because they are covered with sun-absorbing pavement and rooftops, cities can be up to 22 degrees hotter than surrounding areas.

What's happening: From an economic perspective, cities that plan for super-hot futures may have a competitive advantage as consumers' preferences change with the weather.

The catch: Heat mitigation measures are expensive, especially for large-scale projects. In the near-term, increasing air conditioning will likely be the go-to cooling method, even though they give off heat that may increase local temperatures and, through emissions, worsen climate change.

Threat level: The impacts of extreme heat are felt disproportionately by a city's most vulnerable populations — the homeless, elderly, young and those living in poverty. Low-income communities are also less likely to have air conditioning or access to pools or cooling centers.

The bottom line: Severe heat will force cities, especially those in already-warm climates, to find long-term cooling strategies to protect their people, infrastructure and economy. 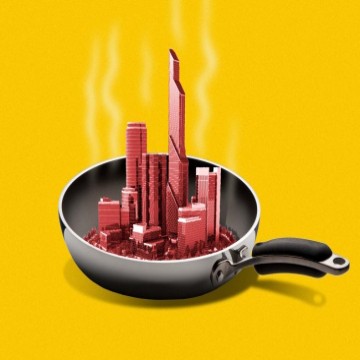