It says meat production is 'one of the most destructive ways in which we leave our footprint on the planet'.

Meat production is one of the most destructive ways we leave our footprint on the planet, according to a new article by the UN.

The piece - titled What’s in your burger? More than you think - says 'research shows that if cows were a nation, they would be the world's third largest greenhouse gas emitter'.

It lists some of the ways meat production is destroying the planet, including rainforest deforestation, and heavy water use.

According to the UN, demand for meat is going up, with a 76 percent in global meat consumption by 2050 predicted by the Food and Agriculture Organization.

"And we will pay the environmental and human price - unless we make a change now," says the report.

"We need to be realistic," said James Lomax, Sustainable Food Systems and Agriculture Programme Management Officer at UN Environment. "Cutting meat out of the diet entirely is for many people just not an option.

"Livestock production is a really important source of vitamins and protein - and income generation - for the world's poor. And, small organic husbandry operations have a very different environmental footprint compared with industrial-type livestock production.

"But at the core of the environmental issue is the way meat is produced, and crucially, consumed. We must explore ways to strike an ecological balance. Reducing intensively farmed meat consumption is good for people and the planet.

"That means eating a sustainably reared or alternative burger or steak now and then, rather than an intensively-farmed mass-produced version three times a week."

The UN recently branded meat the 'world's most urgent problem' when it comes to the environment in a separate report.

According to the organization, our use of animals as a food-production technology has 'brought us to the verge of catastrophe'. "The destructive impact of animal agriculture on our environment far exceeds that of any other technology on Earth, according to these founders," said a UN statement.

As a result, the organization has jointly awarded its 'Champions of the Earth Award', in the Science and Innovation category to plant-based companies Impossible Foods and Beyond Meat, praising both company founders for their 'pioneering work towards reducing our dependence on animal-based foods'. 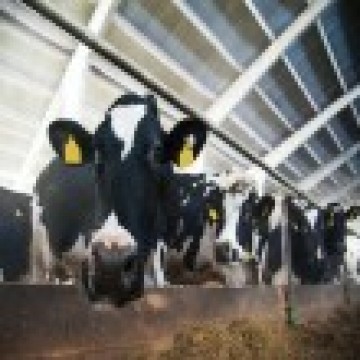