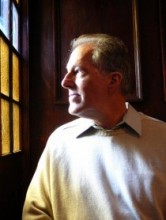 Dr Richard Somerville sits on the Science and Security Board of The Bulletin of the Atomic Scientists which recently moved the "Doomsday Clock" to 3 minutes to midnight.

He worked on the Fourth UN Inter-governmental Panel on Climate Change (IPCC) Assessment, which won the organization the Nobel Peace Prize for their work on Climate Change Science.  This 2007 Nobel Prize was shared equally by the IPCC and Vice-President Al Gore. Climate science is robust and tells us that the world is on a path to dire consequences. Can citizens, businesses and governments generate the will, both politically and economically, to act on this issue before it is too late?

Scripps Institution of Oceanography and the University of California, San Diego.

Richard C. J. Somerville Climate Scientist Professor, Researcher, Author, Speaker, Consultant Richard Somerville is  Distinguished Professor Emeritus and Research Professor at Scripps Institution of Oceanography, University of California, San Diego, U.S.A.  He is a theoretical meteorologist and an expert on computer simulations of the atmosphere. He received a B.S. in meteorology from Pennsylvania State University in 1961 and a Ph. D. in meteorology from New York University in 1966. He has been a professor at Scripps since 1979. His research is focused on critical physical processes in the climate system, especially the role of clouds and the important feed backs that can occur as clouds change with a changing climate. Somerville is an authority on the prospects for climate change in coming decades. He is an author, co-author or editor of more than 200 scientific publications. His broader interests include all aspects of climate, including climate science outreach and the interface between science and public policy.He was an organizer and signer of the Bali Climate Declaration by Scientists, in which more than 200 climate scientists from more than 20 countries urged climate change negotiators to agree on large and rapid reductions in global greenhouse gas emissions.

He is also a co-author of The Copenhagen Diagnosis, a report by 26 climate science experts from 8 countries, summarizing important new research results. Somerville comments frequently on climate and environmental issues for the media. He has also trained schoolteachers, testified before the United States Congress, briefed United Nations climate change negotiators, and advised government agencies on research, education and outreach. He has received awards from the American Meteorological Society for both his research and his popular book,"The Forgiving Air: Understanding Environmental Change," a new edition of which was published in 2008. Among many honors, he is a Fellow of both the American Association for the Advancement of Science and the American Meteorological Society.


Subject Matter Presentation
What does a climate scientist think we should do about climate change?