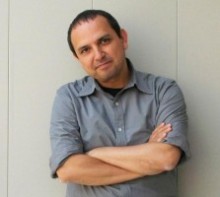 Teddy Cruz was born in Guatemala City. He obtained a Master in Design Studies at Harvard University in 1997. He has been recognized internationally for his urban research of the Tijuana-San Diego border, advancing border immigrant neighborhoods as sites of cultural production, from which to rethink urban policy, affordable housing and civic infrastructure. In 1991 he received the prestigious Rome Prize in Architecture and in 2005 he was the first recipient of the James Stirling Memorial Lecture On The City Prize, by the Canadian Center of Architecture and the London School of Economics. In 2008 he was selected to represent the US in the Venice Architecture Biennial and in 2011 he was a recipient of the Ford Foundation Visionaries Award. Teddy Cruz is currently a professor in public culture and urbanism in the Visual Arts Department at University of California, San Diego, where he founded the Center for Urban Ecologies.