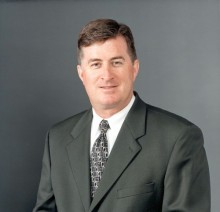 Kelly Cunningham is the former chief economist and research director for the San Diego Regional Chamber of Commerce, where he established a reputation for his understanding and expertise of San Diego's regional economy. He was also supervising economist at the City of San Diego and research analyst for Copley Press, Inc.

After graduating from Brigham Young University with a degree in business and economics, Cunningham worked in the marketing research department at the corporate offices of the Copley Press, Inc., owners and publishers of The San Diego Union-Tribune newspaper. He joined the San Diego Regional Chamber of Commerce in 1987 and became director of the Economic Research Bureau. He left to work for the City of San Diego in 2004.

Cunningham has closely monitored San Diego's economy for the past 26 years. His analysis and views on the San Diego economy are sought by local, state, national and international businesses and media.